To paraphrase Catatonia, this could be a case for Mulder and Scully with the news that The X-Files are about to be reopened for a six episode limited series.

And of course that return would be nothing without Special Agents Fox Mulder (David Duchovny) or Dana Scully (Gillian Anderson) or the show’s creator, Chris Carter.

Hopefully that also means a return for Assistant Skinner and even The Cigarette Smoking Man, despite us seemingly see him die in the series finale…but then this is The X-Files after all.

It’s too early to know what will feature in those six episodes (no doubt that info is strictly classified) so we don’t even know if they’ll be standalone episodes or linked in some way.

Perhaps they’ll be two parters, something which the original excelled at and even had several of them stitched together and released as ‘movies’ in video? Most likely it will be an ‘event’ series much like 24: Live Another Day.

It’s shorter run is probably less lack of faith but more Duchovny’s and Anderson’s busyness – especially with Anderson juggling The Fall, Hannibal and Crisis. And Duchovny is apparently also going to be in the rebooted Twin Peaks as well…can’t see him completing the trilogy with bringing back The Red Shoe Diaries mind.

Either way it will be nice to have Mulder and Scully back on our screens, not that the FBI agents have been sat twiddling their thumbs, after series 9 finished in 2002 we’ve already seen series 10 continue in comic book form.

Whatever happens with the return of The X-Files, series 11 I guess, I’m hoping it will deliver, that’s what I want to believe. 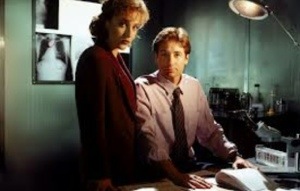