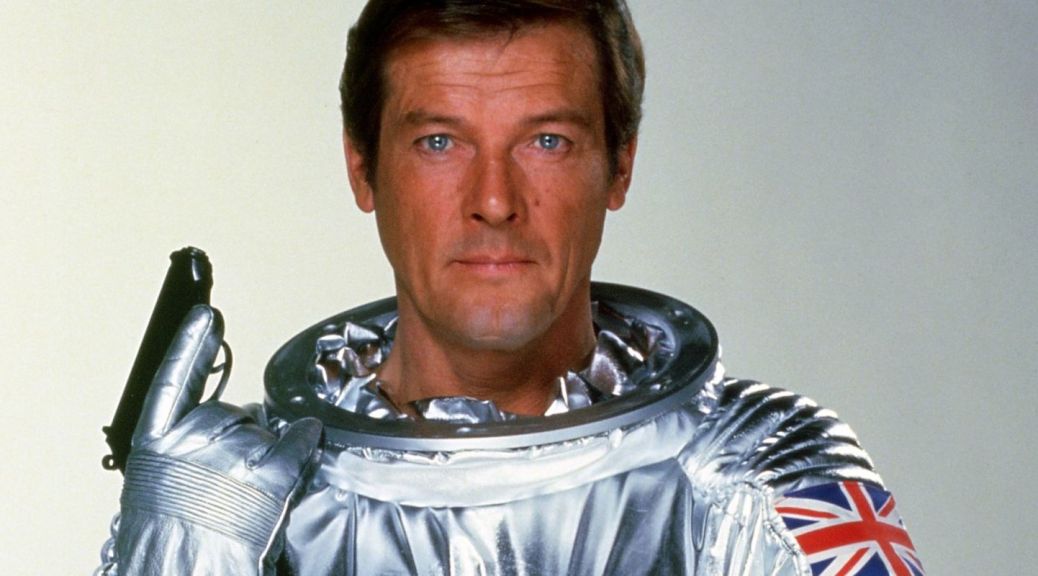 Today would have been Sir Roger Moore’s 90th birthday, my birthday is the day before and when I was younger I always used to say that his birthday was on the 13th, wanting so desperately to share the birthday of my James Bond. 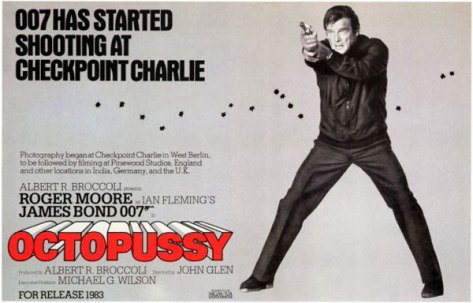 He was my James Bond growing up, he’s still my James Bond and he always will be. Thankfully my mum and dad were cinematically savvy; in the summer of 1983 it was Octopussy that became my first ever Bond film at the cinema (the old ABC cinema in Mansfield, Notts) and not Never Say Never Again.

Fittingly I was aged 007 at the time and that was the thing about the older Bond films, they were a family affair full to the brim of gadgets, girls, stunts and laughs. It was something that simply had to be seen as a collective and Moore’s Bond was perfect for the family audience.

I was bought the glossy film programme from that viewing, I must have memorised every picture and fact as I read it until it practically fell apart and became more sellotape than brochure.

Although Sir Roger is no longer with us, his cinematic and television legacy certainly is. The great thing about the latest release of Bond films (how many times and how many formats have I bought them on now?) is that all the Moore ones feature a Sir Roger Moore commentary, which are a great and informative listen. It also means you can have Sir Roger visit your house at any time.

The name Roger Moore continues to make me smile, not because of his puns or raised eyebrows, but because he always – in film, in interviews or in person – came across as a genuinely lovely man who would be top of anyone’s dinner party guest list.

And I was lucky enough to meet the man twice, once at the reading of some Rudyard Kipling poetry and for a second time at the book signing of his first autobiography, My Word Is My Bond. It all seems a bit Alan Partridge but I met him at Norwich Waterstones, outside in the queue I was also fortunate enough to be interviewed by ITV Anglia News about why I was there.

I’ve since read Last Man Standing and received Á bientôt just yesterday, on my birthday. Naturally I had to start reading it today, with a suitable cuppa of course! 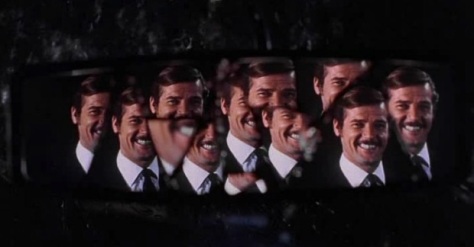 Don’t let him fool you that he can’t act either, not everyone can pull off the right mix of suave, funny and deadly as Bond and you genuinely believe his vulnerability when he stumbles from the simulator in Moonraker. He would have admitted though that his greatest acting role was in the fantastic The Man Who Haunted Himself, catch my review here.

My favourite Moore Bond film? It’s a constant flux, but my faves for various reasons are Live And Let Die, The Spy Who Loved Me, Moonraker and yes, even A View To A Kill. The latter isn’t the best Bond film ever, I know, but the impression it made on me as a nine year old has stuck and it is my Bond guilty pleasure. I loved it so much it was the very first original Bond quad poster that I bought. 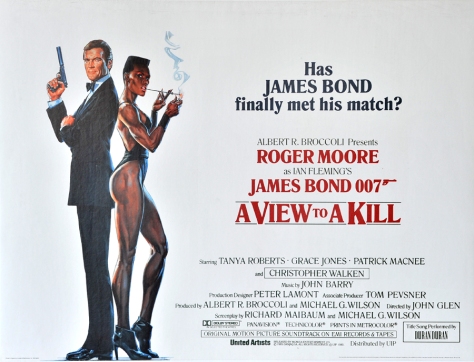 And Moore was so much more than Bond, so wherever his acting roles took him, I followed. He was a delight as Sherlock Holmes against Patrick Macnee’s Doctor Watson in Sherlock Holmes in New York, great playing a Bond/Moore pastiche in The Cannonball Run, kind hearted German commander in Escape To Athena (not the poster shop) and real hard ass merc in The Wild Geese, check out his opening scene with a drug dealer that is still surprising and shocking. Eat it, all of it!

Sir Roger, you’ll always be the man with the golden puns, the spy who I loved, you’ll always be my James Bond. And he’s also the reason – for the next couple of year at least – keeping the scant hope alive that I could be the next James Bond as he wasn’t announced as picking up his Walther PPK until he was 45. And that record of seven official Bond films isn’t set to be toppled anytime soon.

I’d also like to see Moore appear in the Bond main titles one final time as the last credit with a dedication. He probably wouldn’t have been bothered, but I think it is what we and his legacy deserve. 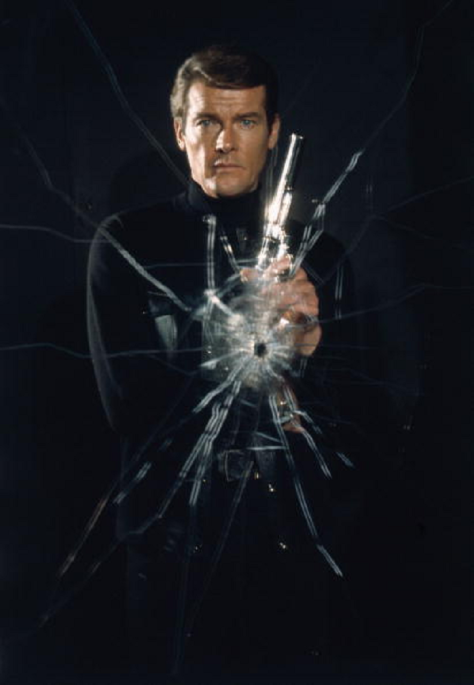